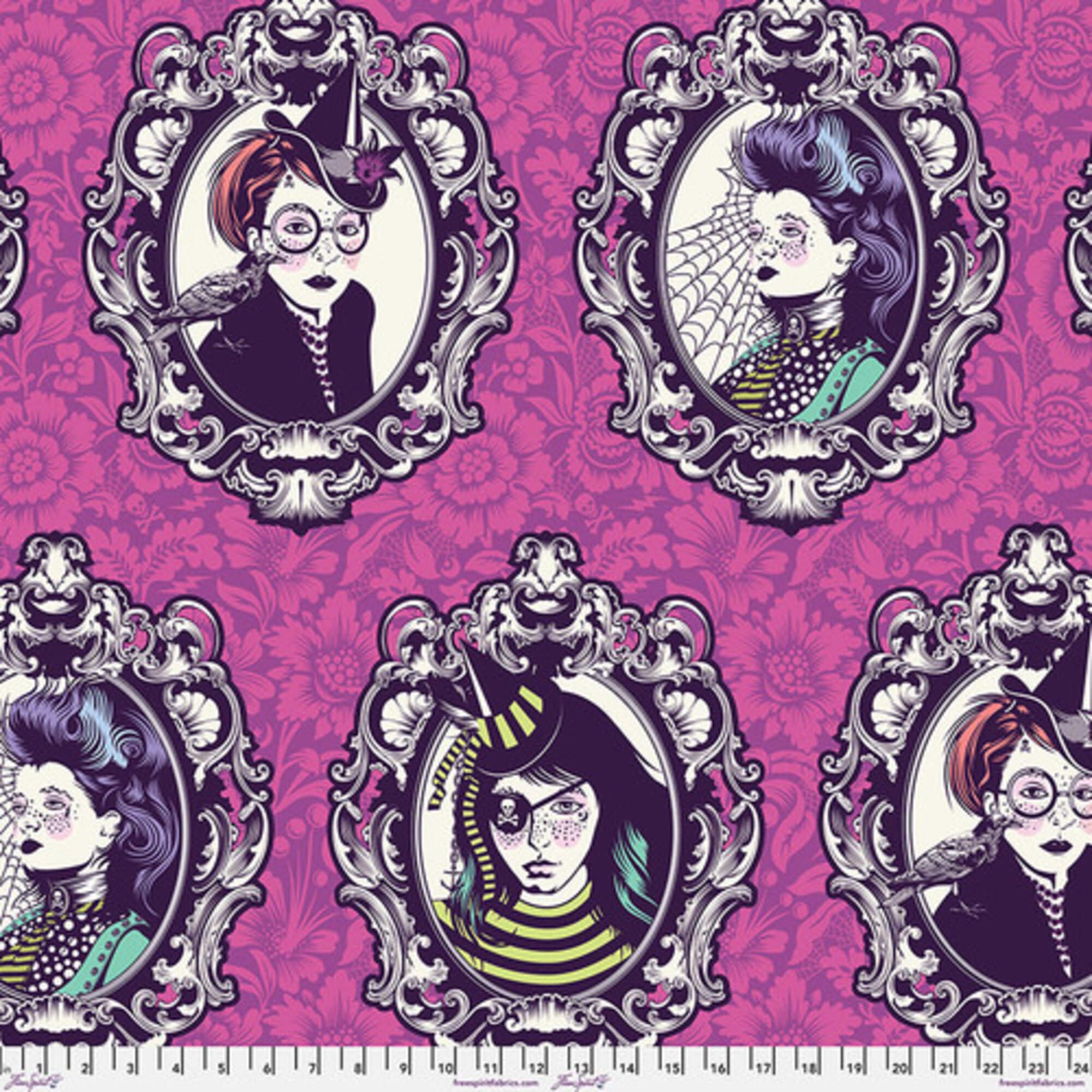 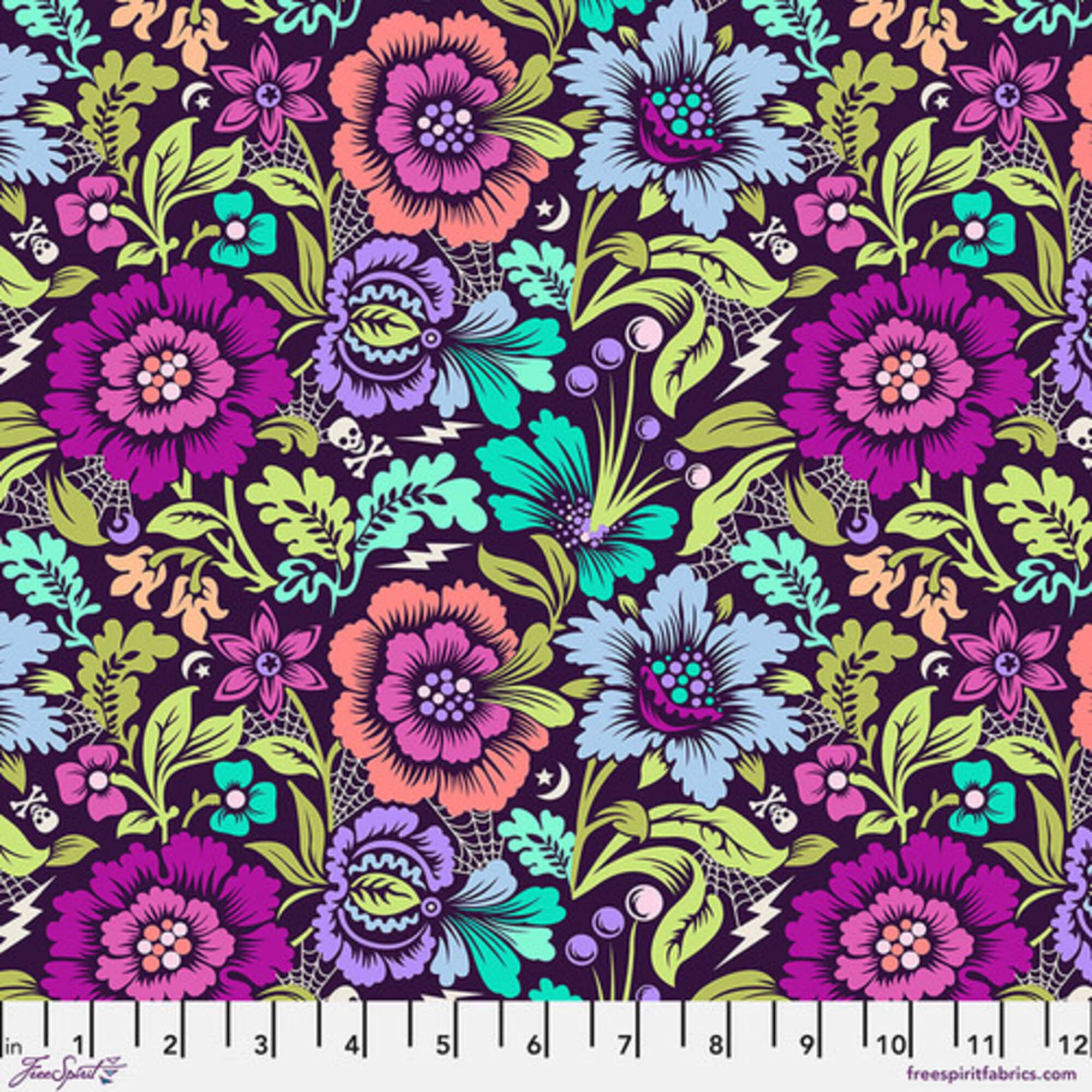 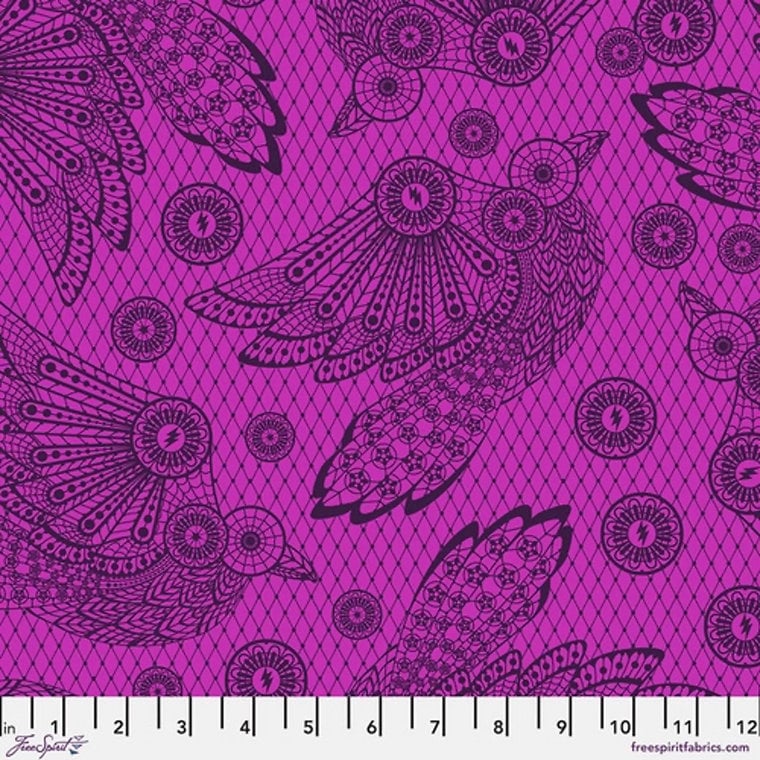 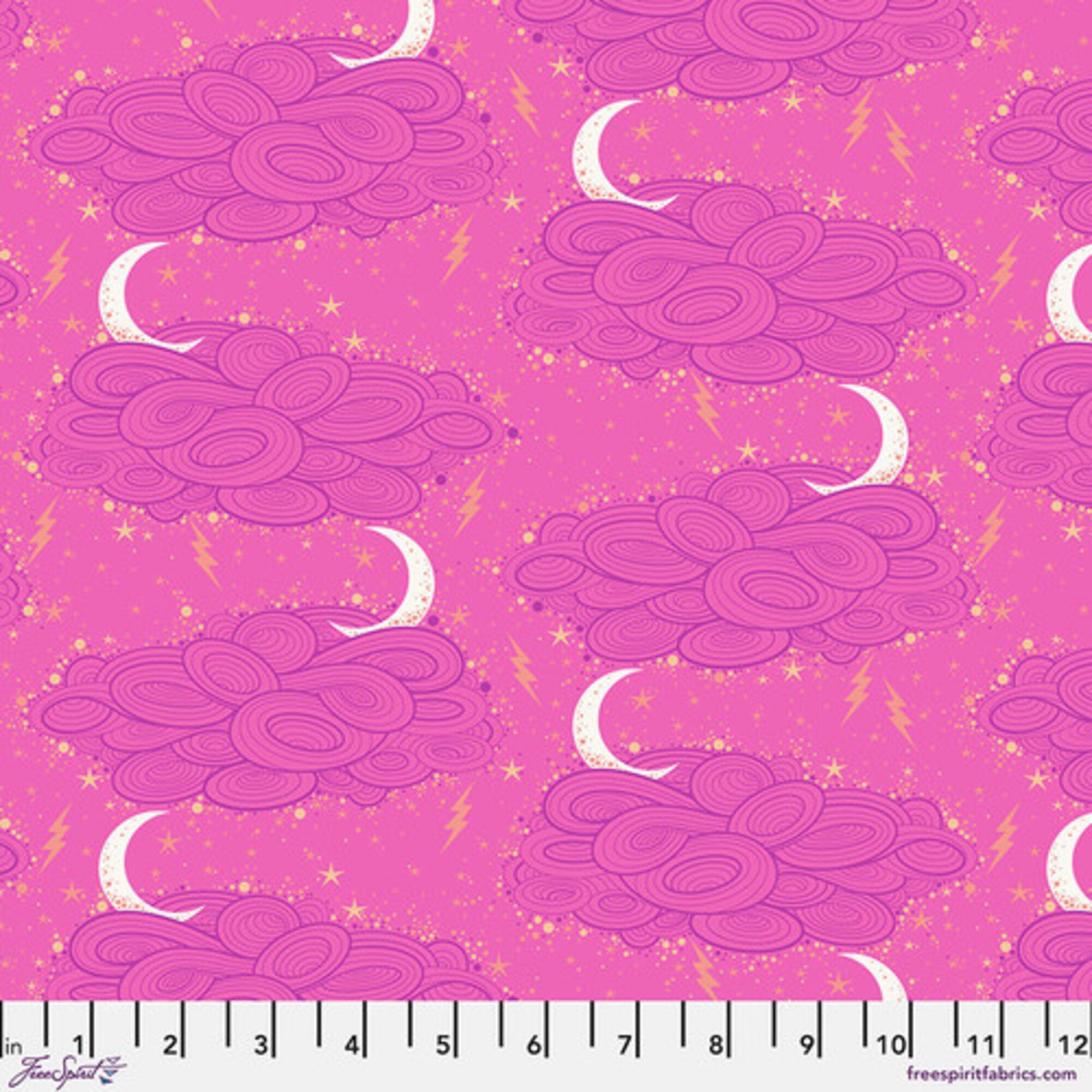 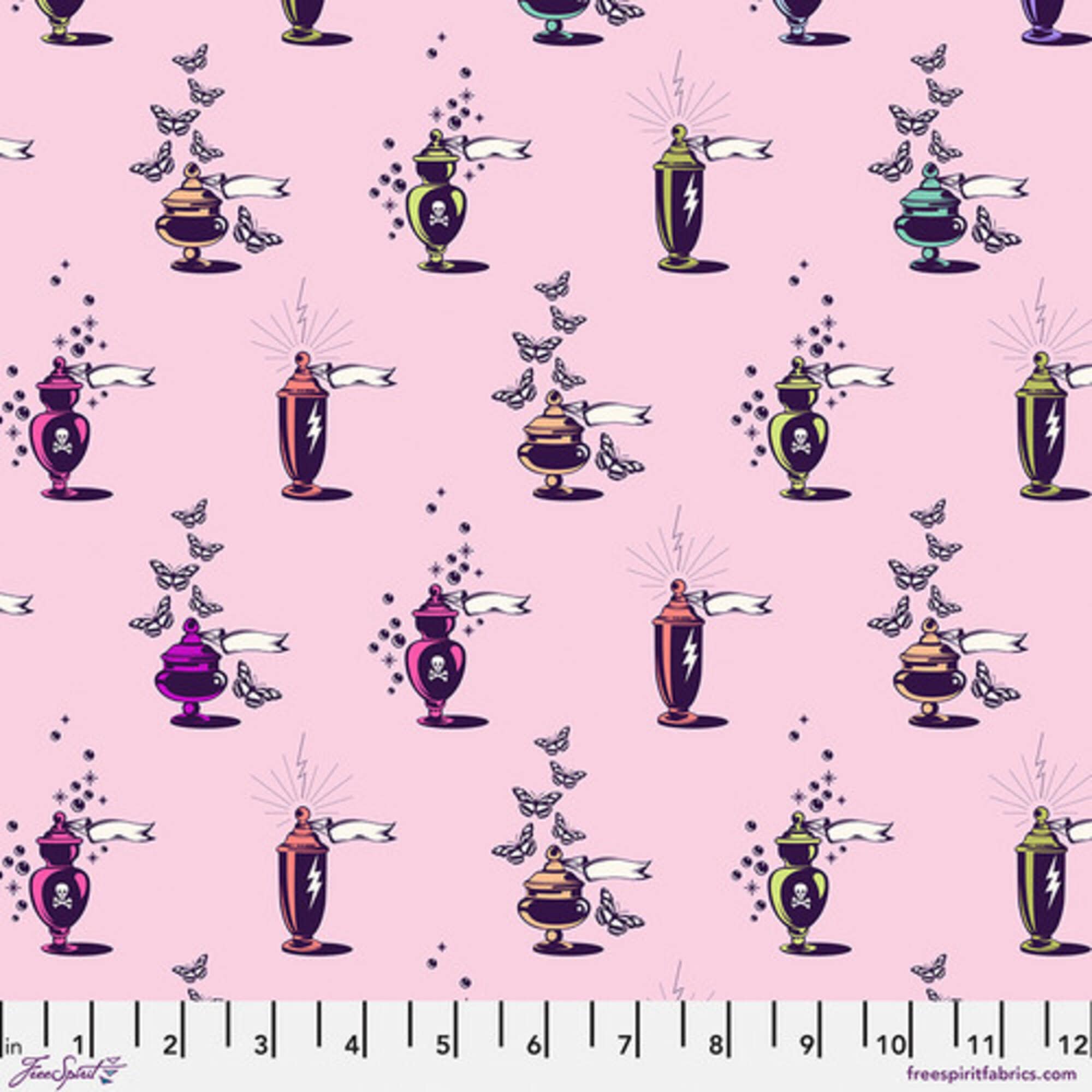 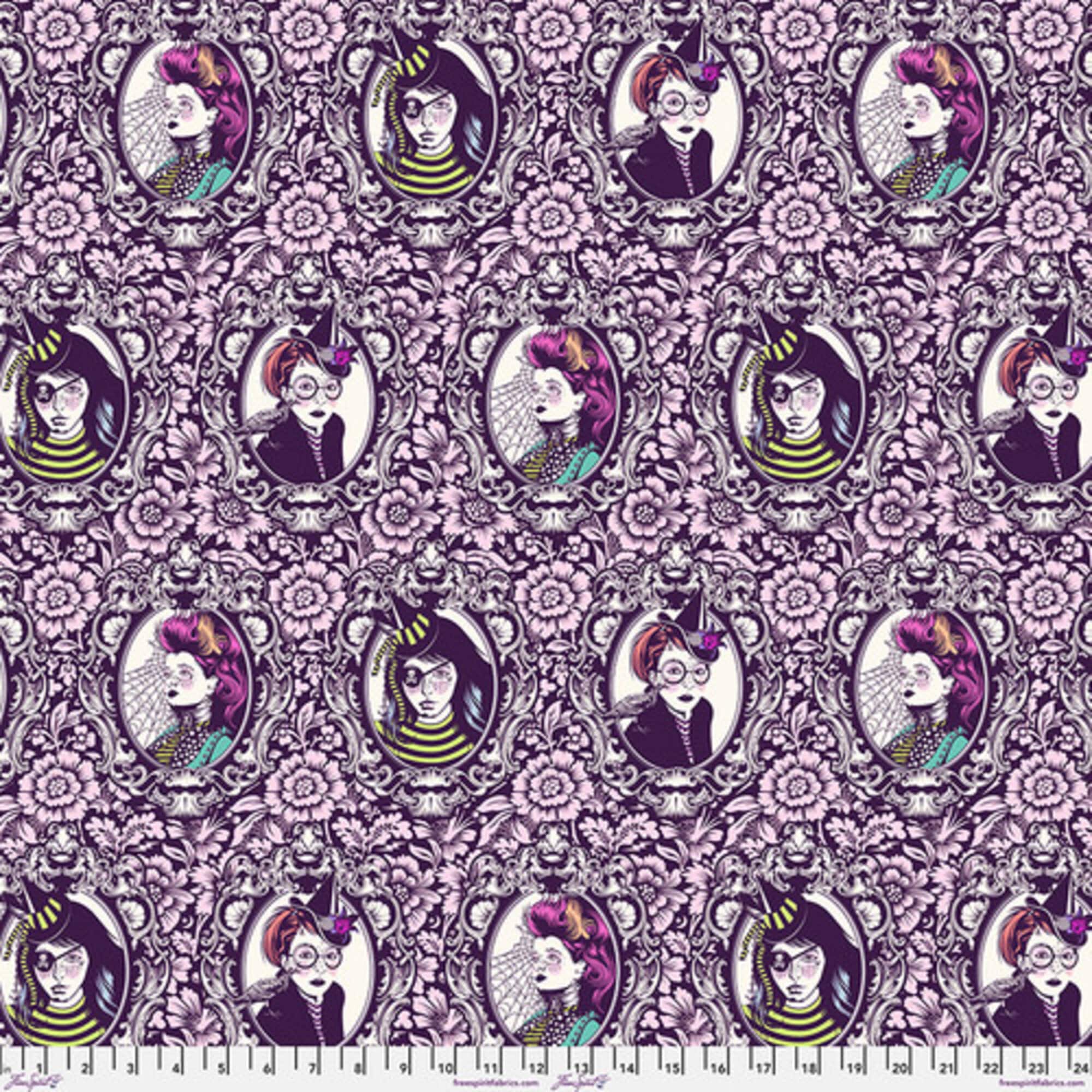 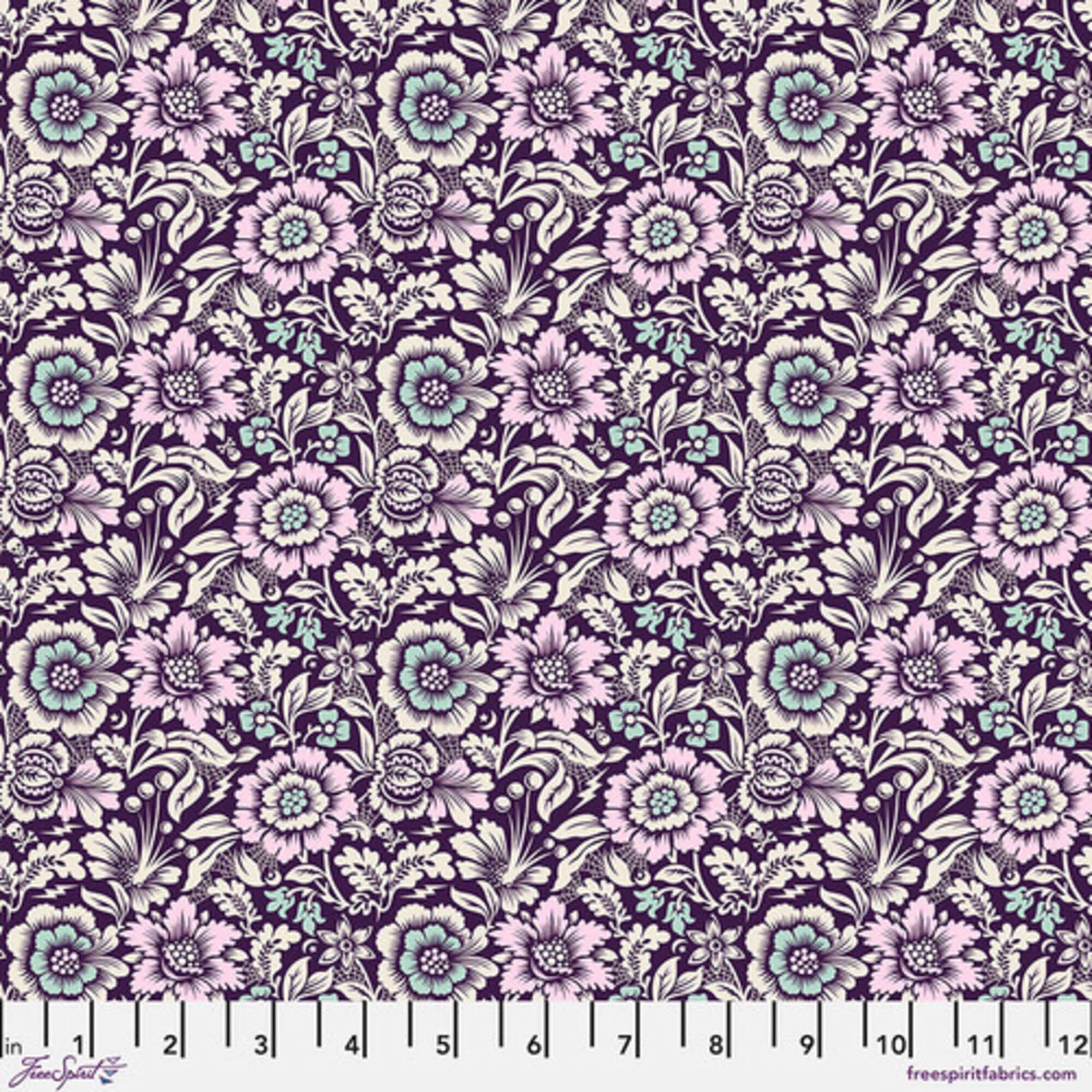 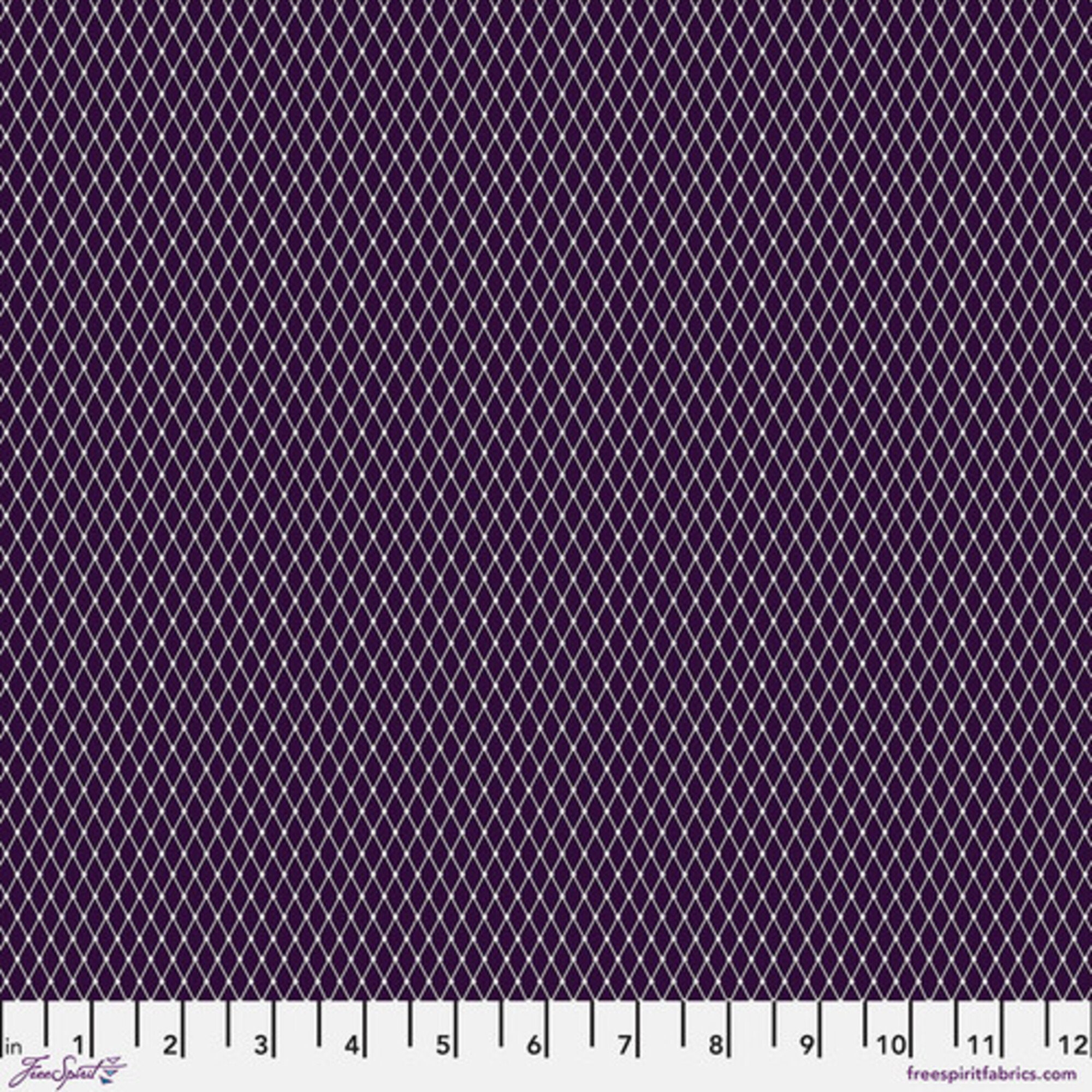 2023 Nightshade is the newest installment in my annually released “Deja Vu” collection. there are 8 different fabrics for 2 colorways. Add yourself to the PreOrder notice list. Fabrics are expected to be available in July/August 2023

The Deja Vu category is my way of giving people a new shot at an old collection that they might have missed. I create a brand-new color variation of the original artwork and re-release that variation for new fans and old ones. By issuing the collection in a new color it maintains the value of the original print run by creating a clear distinction between the new re-issue and the original printing.
The new version brings with it 10+ years of my own growth and color explorations hopefully giving you something that is even better than the earlier versions! Nightshade was originally released in 2011-2012 as a Halloween collection to much confusion, due to the lack of pumpkins and candy corn, and it has become a cult favorite over the years. Since it was originally marketed as a holiday collection and had a targeted release window it has become one of the most difficult to find collections in my catalogue.
Below is the inspiration statement that I wrote for Nightshade over 10 years ago: I thought about what a “Halloween” collection would look like to me. I began to conjure a story about three suspected neighborhood witches, the Von Black sisters, each with their own personalities and back stories and how that might manifest into their physical appearance. I like the idea and the spirit of something dark and beautiful, a little sinister and just a dash of dark humor.
The youngest sister is a free-spirited pirate named Neptunia [named for one of my most popular collections at the time: Neptune]. She is bold and unconventional with very little patience for polite society. Fed up with lace and tea parties she collected a crew of like-minded rapscallions and set out on her own pirate ship where she could make her own rules and live by her own code. Adventure is her primary goal and acquisition is her family duty. She sails the seven seas finding rare ingredients and powerful objects to aid in her sisters’ mischief. She is easily identified by her signature eye patch, a feather in her tiny witches hat and a small birthmark under her eye of the moon and star by which she navigates the open ocean. Bella
Donna is the middle sister. She is the potions master, a chemist and a scholar. She is named after a poisonous flower and totally lives up to it in every way.
Bella Donna is the smart one in the family which is obvious because she wears glasses and everyone knows that is the sign of true genius. She is often called reclusive and stays locked in her laboratory for days on end. No one ever knows what she is up to and they have learned not to ask. The story goes that she earned her ruthless reputation for high standards in high school. Bella Donna was starving for knowledge but the class was falling behind and consequently holding her back. She felt they lacked the proper motivation. She brought homemade brownies to class one day. This was wildly out of character for her and really they should have suspected something sinister immediately. The brownies were infused with a slow acting venom. She had the only antidote which she administered to each student as they successfully performed the experiment of the day. The demonstration achieved two unintended consequences: that year was the highest achieving graduating class in the sciences in the history of the institution and she was never invited to another pot luck again. Bella Donna is identified by a strangely shaped birthmark near her hairline of a skull and crossbones.
Scarlet is the eldest sister, the matriarch of the family and the responsible one. She is charming, graceful and knows how to throw a killer cocktail party. She is patient and cunning. Scarlet has an affinity for weather. She can control the skies and change the tides at will. She is particularly fond of water and how it can wear down even the densest stone slowly over time without anyone realizing what is happening until it is much too late. Scarlet is in charge of the family fortune, maintaining it, growing it and providing the funds for her sisters’ ambitious projects. Completely unrelated, but Scarlet has been married nine times. Sadly, each marriage ended tragically due to a strange amount of freakish storms and sudden floods. A large portion of the family fortune is attributed to her and a shocking lack of prenuptial agreements preceding her tragic romances. A small lightning bolt mark can be found under her left eye.
Each sister is illustrated in the main print titled “Coven” and again in the new print called “Mini Coven” a scaled down version of the original which I hope you all find useful. I added a few other prints for the re-issue of Nightshade that I think will be really fun to sew with.
A scaled down and more subtle version of Spider Blossoms will make a great non directional accent piece for the larger prints.
Another piece making its debut is “Fishnets”. I thought that Scarlet needed a little something to show her sexy side since she is so buttoned up and shouldered with much responsibility. Fishnet is perfect for backgrounds and setting.
I changed the black in the collection to a very deep purple that would be impossible to match to a solid so this print is my way of giving you that with a little something extra for fun.

But please contact me if you have any problems with your order.

What is a PreOrder

Time from a PreOrder to actual shipping to you the customer can be 5-8 months.

All fabrics and custom quilts are recommended to be washed in cool/cold water by hand or on a gentle cycle. Drying should be by laying flat with air dry or on a low/medium heat setting in the dryer.

Should you desire more quantities than the listing shows available….simply ask us if we can increase the inventory before you place your order.
We may have back stock not yet listed.

Orders may not be canceled

We do not allow returns or exchanges. All sales are final.

0 items in your cart